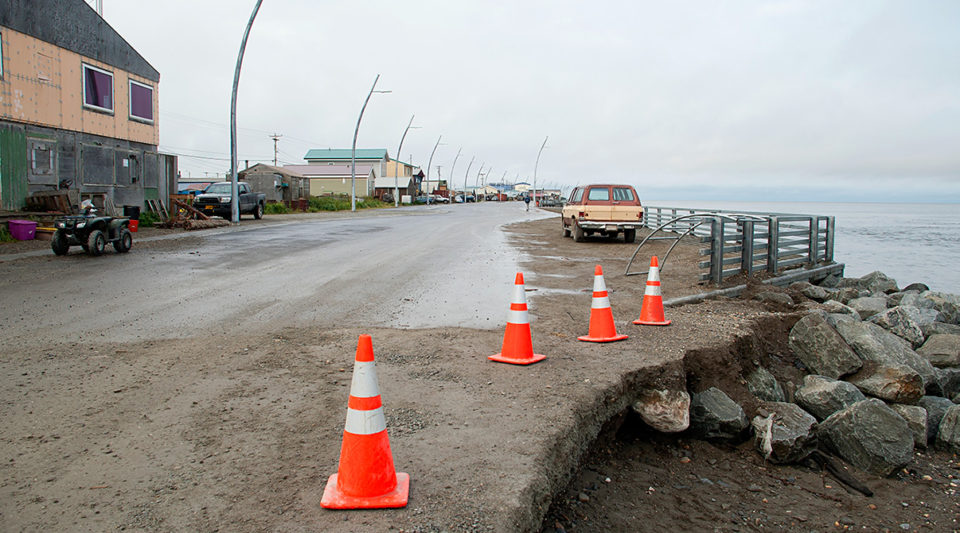 Alaska’s tidal coastline spans over 46,600 miles, more than that of the lower 48 states combined. Portions of Alaska’s coast are among the nation’s most vulnerable to geohazards from climate change, extra-tropical storm surge, wind waves, tsunamis, ice and erosion. Because of this there is a critical need to improve water-level forecasting tools and the density of the water-level measurement network statewide.

A team of researchers at the University of Notre Dame is developing an integrated wave-surge-ice forecast model to more accurately predict coastal water levels, currents, waves, ice and related flood hazards on Alaska’s coastal floodplains. The team’s work will help Alaskan communities assess threats from a specific storm and determine the potential impact of a flood and evaluate safe evacuation routes.

Westerink and his team will integrate information on surge and tides; wind waves; and ocean temperatures, salinities, and currents; along with sea ice properties by coupling several existing models. Together these models can better account for the combined processes of the ocean around Alaska, producing more accurate forecasts as part of the integrated Alaska Coastal Ocean Forecast System.

“The linkages and interactions between the four existing models will help us better visualize the impact of storm events,” said Westerink. “Each model focuses on a specific process in the environment and will inform the other models, so we’ll be able to span the entire energy spectrum of the ocean. The combined model physics, together with the implementation of high-resolution unstructured computational meshes in the nearshore and coastal floodplains, will produce highly localized results, giving communities a better picture of an event and helping ensure their safety.”

Westerink, will serve as the principal investigator on this project. Other researchers at Notre Dame who will contribute to the project include Damrongsak Wirasaet, research assistant professor; David Richter, associate professor; Guoming Ling, doctoral research associate; and Mindo Choi, research fellow.